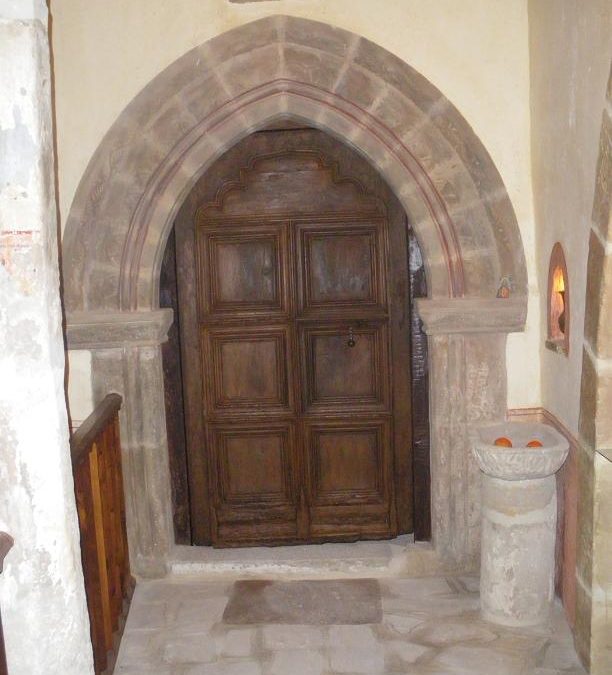 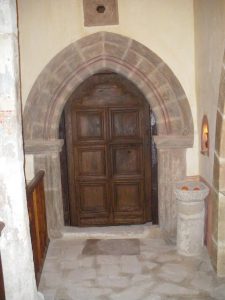 We have little information to quantitatively evaluate the Jewish population in Úbeda during the late Middle Ages. It roughly indicates that the Jews did not exceed 2.5% of the total population of about 12,000 inhabitants. However, we know that the Aljama in Úbeda was, along with Cordoba and Zamora, one of those that paid the most standard taxes, specifically the “head of breast”, which consisted of an annual amount that each Jew had to pay in recognition of the royal monarchs for the special protection that they gave them.

Like in many other Spanish cities, Jews lived with Muslims and later together with Christians. However, the complex urban design of Úbeda did not create a strictly Jewish quarter, but small areas where they lived because of their shared needs (Alcázar, Barrio de Santo Tomás, Barrio de San Lorenzo, etc. …). * After the Pogrom in 1391 and at other times of increased antisemitism, Jews had to leave their homes and were pushed into the neighbourhood of Alcázar in a bid to protect their community from the rage of the people.

Most members of the Jewish community developed very similar activities to those of the Christians, with the prominent commerce being that of gold and silver jewellery, tannery and metallurgy, farming, medicine, and in some cases tax collecting. An example of this is a neighbour of Úbeda, the Jew Samuel, almojarife ** of kings Alfonso X el Sabio „the Wise“, Sancho el Bravo „the Brave“ and Fernando el Emplazado „the Summoned“ in Úbeda.

In this synagogue of water we can see a replica of the original document written in Úbeda in 1290, which demonstrates the importance of the Jewish community in this town, also in relation to the production of talmudic texts for teaching.

(* Pogrom): Massive lynching, spontaneous or premeditated towards a particular ethnic, religious or other group, accompanied by the destruction or looting of property. It has been used to denote violence against Jews.

(** Almojarife): Tax collector – an official or royal minister formerly responsible for collecting rents and duties of the king. Akin to a treasurer.

The Synagogue of Water was discovered by the Entrepreneur Fernando Crespo during building works carried out in several real estate properties located in the heart of the historic centre of Úbeda. The original idea of the project was to transform the old property into apartments, shops and car parks. After the discovery of various elements such as the arches of the Synagogue, The Women’s Gallery and the Ritual Bath (Mikveh), the initial project was abandoned. The recovery of this place began in 2007 and from 27 February, 2010 it has been open to the public. Based on the existing research, we can speak of a synagogue before the fourteenth century.

The visit to the Synagogue of Water passes through six rooms: